Every few years a new administration is handed the power to shape the federal government, or at least to propose policies and promote the passage of laws that change the direction of the bureaucracy to a greater or lesser degree. Many of the various departments of government pretty much just plow straight ahead, regardless of who’s in charge, because they’re simply too big and cumbersome to turn much more than incrementally, if at all.

But, then, there is NASA, the National Aeronautics and Space Administration, that very same agency that once put a man — several men — on the moon and ever since has been casting about for a way to justify its continued existence. NASA gets whipsawed with every new administration because its budget comes from discretionary spending, that very small slice of the federal pie that isn’t rigidly fenced off and firmly spoken for. That makes NASA both a subject and an object of perpetual gamesmanship. 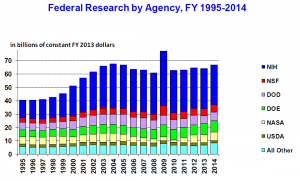 NASA has a host of inbred problems in addition to the way it’s funded. To some, it’s neither fish nor fowl: not a science agency but rather an engineering enterprise; not a research effort but rather a tool and die shop. These aren’t scientists but metal benders.

Whereas the National Science Foundation carries the untarnished halo of respect that attends pure science, and the National Institute of Health is busy extending our longevity, NASA is more broadly viewed as the body shop of the research world, a place where maybe you get the dings repaired or a new paint job for the jalopy. NASA once was home to the Right Stuff, but mostly it seems overstuffed these days.

Credit the Agency, as it likes to call itself, with some spectacular successes, such as the Hubble Space Telescope (once it finally came into focus), the Mars Rover, the various interplanetary missions. These were the sort of ventures that make it all worthwhile, cosmic successes of an order and magnitude no other country even attempts. Pride in accomplishment perhaps enough to justify a budget. 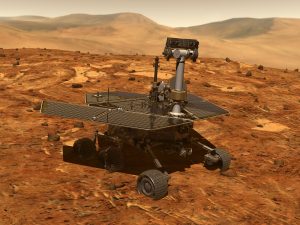 But NASA has an unshakeable bias toward crewed missions. James Michener in his book SPACE referenced Protagoras’ observation that “Man is the measure of all things,” a credo that ever since is etched in the playbook at NASA.

Nevertheless, after several successful moon landings, the question was where to go next? Mars was the immediate answer until the cost was calculated. Then a return to the moon to establish a permanent colony was floated and rejected as lacking the necessary glamour. Finally, a research laboratory in low earth orbit, which began as the Space Transportation System and later morphed into the International Space Station, became the raison d’être for NASA’s astronaut corps.

A feeble one, it was. To get there, the metal benders built the Shuttle, a marvel of a flying machine that was limited to low earth orbit objectives and had the gross misfortune of being inherently unsafe, as two individual crews of astronauts fatally experienced.

Keeping the Shuttles (there were three of them on active duty at any one time) flying required a standing army of some 10,000 technicians and a physical infrastructure that made the pyramids seem modest in comparison. It was reliably calculated that each Shuttle launch cost $1 billion in 1990 dollars to travel 240 miles into space and back again. 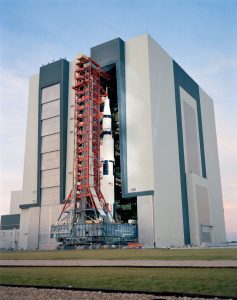 One would reasonably expect that a fare of slightly more than $4 million per mile would underwrite a journey of great consequence and outcome, but it is very difficult to point to anything of overarching significance that was achieved in the 30 year history of the Shuttle or 20 year history of the ISS. The only meaningful research was in life science, the effect of near-zero gravity on the human body, and salutary as it is, it could have been conducted in far more modest surroundings for the same outcome.

Eventually, the Shuttle was dry-docked, and increasingly meaningless flights to the Station were made on Russian rockets. The cow had been milked dry, the bucket was whirling through low earth orbit, and people were aboard. They were conducting research on matters that were difficult to quantify. Apparently, they still are.

It is fair to say that NASA has lacked focus, or rather that it has had the focus of a strobe light flashing on one goal after another, for the past 40 years. The 7th floor at headquarters in Washington, DC is a hot bed of intrigue and calculations. So much highly credentialed and very valuable time is spent on legislative strategy up there at HQ that it is fair to be astounded if anything more than plots are ever launched. But, they are.

So, even if it’s only the body shop in the federal research arsenal, there’s still a lot of cool stuff you can do there if you want to. Want to go to the Moon, Mars, Pluto? Hop on an asteroid traveling the heavens at 22,000 MPH? It can be done. We’ve had a lot of practice.

What we haven’t had is a lot of leadership. Clarity of purpose. A map however experimental of the way from here to there. If we could decide what we want to do, there’s every chance NASA could do it. And there’s some important stuff we could do.

Could a focused application of NASA’s resources, its experience and knowledge, bring about something of tangible value to the people who finance it? Could it perhaps even be profitable?

Here’s the premise: a return to the moon. Here’s why: a source of clean, renewable fuel. Here’s the incentive: if we don’t do it, the Chinese will. If they succeed, we’ll all be working for them.

For more than 40 years, the National Aeronautics and Space Administration has tried to fit a very square peg, the legacy of manned spaceflight, into a very round hole. Against the overwhelming superiority of robotic exploration as a value proposition, NASA schemes to keep humans in space as its raison d’être. It has driven some very bad decisions and a monumental waste of money.

Man, or rather humankind, may in fact be the measure of all things, but at NASA it became an increasingly awkward contrivance to make the very expensive case for the astronaut corps. If we’re going to have them, let’s give them something meaningful to do, something that repays the American people for the massive cost they underwrite.

An agency with a once proud and unmatched history of accomplishment has for far too long been living on fumes. NASA needs to do better. It is an enterprise that was created to do big things, things that reorder the course of human history. It needs a vision of that magnitude and the leadership to realize it.