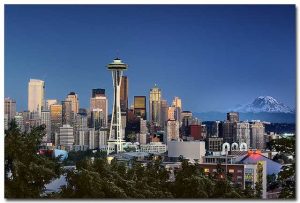 Let’s talk about change. Big change. It’s unsettling. A very human response is to resist it. We get disoriented, loose our bearings, feel lost, adrift.

Let’s talk about natural disasters. They are a very dramatic metaphor for change. Imagine Cascadia. Imagine Vancouver, Seattle and Portland, with all their sophistication and verve, are brought to a standstill, pitched into darkness, buried in debris.

Portlandia becomes Cascadia. One moment you are grilling the waiter at the new big thing in town about whether the chicken you might eat was humanely raised and lovingly “harvested.” The next moment you are looking for a match, a candle, the light from your cellphone just to see where the hell you are. 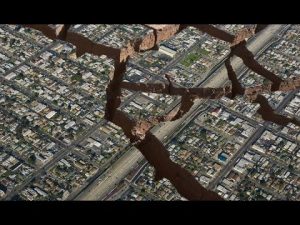 Suddenly, we are a mere step up from the Stone Age. Nothing works. There’s no power, no light, no water or sewer, heat or cooling, the roads are impassible, the bridges have fallen, the rail lines are broken and the airports shut down. Communications have failed: no land lines, no cell service, no connectivity to television, radio or computers. Unless you have a short wave radio or perhaps a satellite phone, you are completely cut off from outside contact.

Buildings are barely habitable, their windows shattered and walls cracked. Many homes have collapsed, slid down the hills and fallen into heaps, everything within them destroyed. Fires are burning where gas lines broke. Water mains gush fountains for a time and then go dry. Low lying areas have liquefied and are saturated with pollution from ruptured oil and chemical tanks. Even Starbucks is closed. 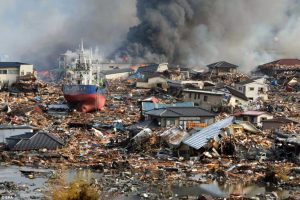 What do you do? Think about it another way. What would you do if you knew in advance this was going to happen to you and you had the chance to prepare? What if you could pay it forward rather than react in the aftermath?

That’s the point we want to discuss about change. We have a natural inclination to avoid it, resist it, put it aside, ignore it. And we do. We do nothing because it is easier and less complicated than doing something. After all, it may not happen. It may not happen soon. It may not be as bad as we fear if and when it does happen. Why get bent out of shape? 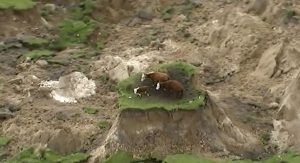 But stuff happens. And the chances are, even the really big stuff is going to happen to you. In your lifetime. At best, in your children’s or your grandchildren’s lifetime. Maybe we should do something about it now rather than later. There’s a lot we can do if we want.

One encouraging thing we can do is learn to deal effectively with the small changes that relentlessly come our way. It’s good practice for the big changes.