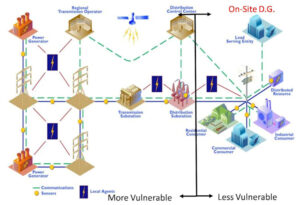 We have been speaking about this issue for some time. Utilities are becoming increasingly hostile to distributed generation and are using their clout to try forcing out the small providers of solar power. Indiana is one of several states where legislatures are being lobbied to ensure centralized energy distribution is the only kind they accept. From a profit and loss standpoint, the utilities’ position makes sense. From the perspective of what’s best for the customer and the country, it is another example of a system that wants to serve itself rather than the customer. Maybe it’s time to look at a non-profit model of public utility. Read more here and here