Radical what? Radio. Yeah, that’s what we said. There was a time, you know. And it mattered! Here’s why.

It was called underground radio. Freeform was a better name for it. Radio without walls. No separation between different genres or types of music. No restriction on what you could play if you were at the console, turntables at the ready, microphone looming, records in hand.

“I can play whatever I want?” you’d ask the program director. “As long as it works,” he’d say.

This radio was to be diverse, absent the traditional approach of segregating music into different types for different audiences. Great music, the freeform players realized, fits together whatever the genre. Can Jimi Hendrix, Dizzy Gillespie, and Shostakovich coexist in a musical set? Of course, they can. Throw in Woody Herman, Pee Wee Herman, Flatt & Scruggs, Kate Smith, and Bessie Smith. It works. Brilliantly. They proved it, day after day.

Where did it come from? The cosmos, it seems. But there’s a more down to earth answer. Television created Top 40 radio by freeing up all those stations on the AM band from the service they used to provide: news, weather, sports, entertainment. Instead of gathering around the radio, people now settled down in front of a little green screen.

What to do with all those radio stations? Hello, rock & roll. There were lots of kids with cars, transistor radios, a craving for excitement, a need for music. Radio brought it to them. On nearly every frequency, it seemed. Don’t like that tune, spin the dial, push that button, there’s another song playing on another station. Sooner or later, you’d find a good one. Go, go, go, Johnny B. Goode. Right?

The sound was tinny and it was monaural but the signal carried all over town, all over the state, all over an entire sector of the country in some cases. The songs were played in the exact order dictated by the program director. The deejays distinguished themselves by their quirky personalities. They knew how to talk, but not necessarily anything about the music. They didn’t need to. Just play what you’re told when you’re told. And stars were made. Alan Freed, Dick Clark, Casey Kasem, Cousin Brucie, Charlie Tuna, Murray the K, Wolfman Jack. “Ah-oo! Ah-oooo! The Wolfman coming atcha!” Money was made, too. Lots of it. 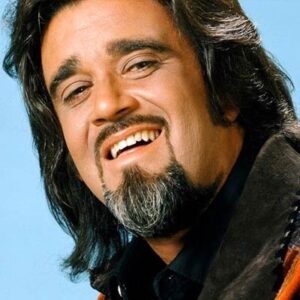 So much in fact that payola put a big dent in all that fun. Record company promoters paying deejays to play their songs. Who’d a thunk it? They all played the same songs anyhow. Over and over again. The ones who got paid played some songs a lot more than others. Talked them up. Pushed them up the charts. Made hits of songs that deserved it and many more that didn’t. It wasn’t a way to build trust with the audience, but it sure worked for the advertisers. That’s all that really mattered.

There were stations on the FM band at the time, too, but hardly anybody listened to them. Parochial audiences gathered around them, mostly fans of classical music played in stereophonic high fidelity. Remember those terms?

Most radios didn’t carry the FM band. Until, one day in the Sixties, suddenly they did. What to do with them, more than a few of their revenue-starved owners wondered? The audience they might reach now was exponentially larger. The quality of the signal they broadcast was much better than the AM band. Food for thought, it was, but they were not by nature innovative types. Engineers, mostly, who built these little stations in their shops at home, mom and pop enterprises that often considered what to do with them only after the thrill of getting a federal license to build them had been realized. There were a few corporate owners, too, who had picked up an FM station or two while purchasing the more profitable AM band to which in some cases they were married.

Timing is everything in radio as in life. At the same time FM radio came into the broader public consciousness, a new kind of music was shaking up the record industry. Beginning with Bob Dylan and spreading through the business rapidly were musicians and bands who wrote their own music, rather than simply recording whatever Tin Pan Alley sent their way. Not only that, the songs they were writing were NOT the catchy tunes of 2:45 minutes that earned you potential Top 40 play. “Doo-wop, sha-bop, and now a word from our sponsors.” That formula was going away.

These musicians didn’t produce singles, the thickly buttered bread of the AM dial. They didn’t have .45 rpm records with an A side, a B side, and an album of filler tunes to follow. These bands were making entire albums of songs that were worth hearing. Some of them were 5 or 10 minutes long. Some of them took up the entire side of an album. It was exciting, innovative, revolutionary. It was music that mattered. But there was no way it was getting airplay on the AM band.

“Top 40 radio is a rotting corpse stinking up the airwaves,” said famed radio pioneer Tom Donahue in 1967. He and his friends were hanging out in San Francisco, taking LSD, and listening on the stereo at home to this incredible new music that was being made. “This music needs to be heard, and heard in stereo,” he said. He started dialing every FM station in town. When he found one whose phone was disconnected, he looked them up in person. The station was hemorrhaging money. Tom made the owner a deal. “Let me program the station and we’ll make you some dollars.” KMPX-FM was in play and freeform radio was born. More than 50 years later, there’s good reason we’re still talking about it.

Some people say the first freeform station was WNEW-FM in New York. It really doesn’t matter. “Spontaneous discovery” is what Tom called it. Within a few weeks of each other, the two stations began playing the new music and stitching it together with every other kind of music that worked. They found an audience that was absolutely hungry for it. Very quickly, the freeform movement spread across the country. A couple of stations here, a couple more there, and over the next few years, FM radio became what was happening and where it was at in music.

Freeform radio was creative, artistic, glorious, and brief. It was the time when the music mattered. It wasn’t to last. Control was the issue. It was the voice of the counterculture, which in itself was a point of great concern to the management. Then, too, by definition freeform rejects control.

For a while the suits were willing to try it. To turn loose a staff of long-hair, anti-establishment types to play this wild music and let radical radio have its day. The smell of money got to them. When there are dollars to be had almost anything goes. Until they thought of ways to make even more money from these once undervalued pieces of the public airwaves. Then they wanted control back, to reassert their authority, to broadcast a corporate version of rock radio, more predictable and more room for advertising, and of course they got what they wanted. Sic transit gloria, radical radio.

Today, virtually every radio station in the country, AM and FM both, is owned by a handful of corporations. There is nothing creative about them except the clever new ways they find to print money for their owners. They still are public airwaves, at least nominally, but they serve corporate interests, not yours. 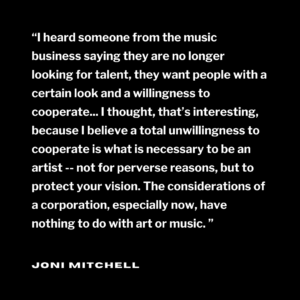