Here’s a recipe for pleasure and one of those glorious moments in life when something you want to believe in is confirmed as scientific fact. It turns out that sex, drugs, and rock & roll are in fact good for you. Well, wow, like tell us something we don’t know.  First thought, best thought, and all that.

Here’s a wonderful little video 8 minutes in length about why pleasure is important to us and why it’s well worth your time to seek it out. What is especially enjoyable about this essay is the accessibility of these pleasures to pretty much anyone who wants them. This isn’t about whether the Ferrari or the Lamborghini is the bigger buzz. Rather, it’s a look at the five things that activate your pleasure center, and at very low cost. (HERE)

It’s a gift from Alex Berezow’s Big Think newsletter (HERE), which I always find interesting, often challenging, and in this case, very satisfying. The presenter is Jamie Wheal, director of Flow Genome Project (HERE) and Pulitzer Prize -nominated author of several books, including the wonderfully titled Recapture the Rapture: Rethinking God, Sex, and Death in a World that’s Lost Its Mind. 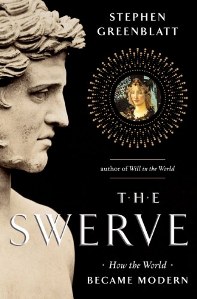 Another tome that speaks to the pleasure of, well, pleasure is Stephen Greenblatt’s The Swerve, a Pulitzer Prize and National Book Award winner that nonetheless is steeped in controversy for its reputed anti-religiosity. Be that as it may, it is a perceptive look at the importance of the poem De Ruram Natura of Lucretius, his interpretation of the Greek philosopher Epicurus and his followers, and the seminal role that poem played in shaping the modern world. Hint: focus on the good stuff and orient your life accordingly.

Then there is the recent announcement (HERE) of a study that shows “Listening to rockers AC/DC makes surgeons faster and more accurate, research reveals…Blasting their music through speakers almost doubled surgeons’ speed at certain tasks in the operating theatre — without affecting their exactness.” The Beatles worked in similar fashion but better at lower volumes. No word about the impact of the music on the patients, who presumably were under anasthesia but very possibly rocking subliminally.

The incredible results in treating depression and other psychological disabilities with psychedelics has made them the drug of choice in au courant mental healthcare. What is most intriguing to this layperson is the discovery that the benefits of psychedelics derive from dissolving the ego and giving the subject a vision of the connectedness of all things. A “whatever you do to the web” perspective that arises in the absence of that “me.” (HERE) and (HERE) 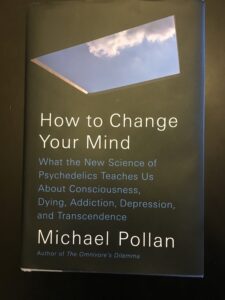 These things come to mind often these days because of all the recollections we’ve heard from many dozens of people who shaped freeform radio and the classic era of rock & roll, whether as musicians, deejays, sponsors or listeners, or in most cases several of each. What it was that spawned that period of incredible creativity is the subject of our investigation. As one might expect, everybody has a slightly different take on the times, but these  things are held in common: it was unique and incredible. It was a community. And it was a lot of fun.

All of which seems to beg the question: is it possible we gravitate toward pleasure not because we are irresponsibly hedonistic but rather because it is where we find those qualities that are most life affirming? Creativity, joy, love, fellowship, and that most elusive sense, of peace. These are senses imprisoned by the ego and its pursuit of control. Conversely, they arise freely when we let the world be.

Like the Renaissance itself that birthed the modern world, that period of the Sixties and Seventies in the Twentieth Century arose in opposition to the established culture of the times. The counterculture was born and not in this instance as a fringe element of society. This was anti-establishment fervor that came to influence popular culture in ways that had never happened before. If not the dominant culture, for many it was a serious contender.

So much of what science is telling us about what is good for us sounds like a reprise of the Song of the Sixties.  Get high to get by and enjoy the ride. Love your brothers and sisters. Give peace a chance. We before me. All those cosmic and seemingly naive ideas about how to live. It’s always seemed to me they are worth a try. It seems too that science may agree. 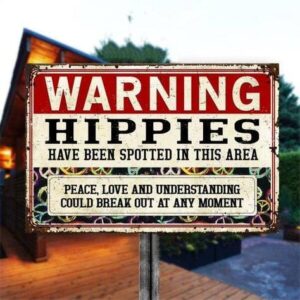