Ruminating over a collection of slightly related subjects as a theme for this article. Art and artisan are featured here, and artful living in an age of late stage capitalism with its lure of artifice.

Writing about a time in the past when creativity was rampant, life more carefree, aspirations communal, inevitably leads to contemplation about why and how it disappeared. Was it simply a spasm of youthful exuberance that embraced a particular aesthetic? A time of dreaming before reality smacked it in the face?

In discussing the counterculture of the Sixties and the music that was at the center of it all, I’ve gotten comments from people who “shared those values until finally I was thirty and had to make a living” or “until I had a family I had to support,” as though maturation was incompatible with that lifestyle, one they simply outgrew and regrettably discarded as no longer tenable.

My suspicion is to cite the seductive power of capitalism and in doing so to fervently hope at this late stage of its development that we might recapture some of that lost idealism in finding alternative ways to conduct our social contract. The lure of financial success in a system dedicated to materialism is hard to resist. “Money doesn’t talk, it swears,” said the Nobel laureate Bob Dylan. 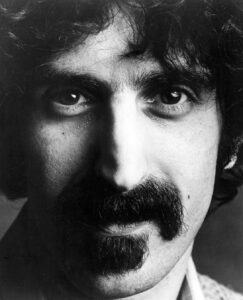 Frank Zappa said, “Late Sixties, we were making music. By the late Seventies, we were making product.” Joni Mitchell adds, “The considerations of a corporation…have nothing to do with art or music.” The balancing act between art and commerce is eternal. Protecting the primacy of one’s art is essential. Yet the seduction was there and so many great talents became entertainers first and artists only secondarily, if at all.

South Korea has refined the process to an art, so to speak. The country itself backs a policy of manufacturing art and culture that has carried Korean entertainers to global preeminence (HERE). Whither the artists, though?

Hip hop, at least in its original form, strikes me as a contemporary example of music as art. Rappers who poetically voice the experience of the inner city, of being a person of color in a society steeply tilted toward white. “Makes me wanna holler, the way they do my life,” as the artist Marvin Gaye said generations ago about a system that persists barely changed..

When they do holler, shout, describe a profane life in uncompromisingly explicit terms, they may prosper or they may pay a price. Does art need skillful defense? If you are a young man of color who likes to rap, apparently you are vulnerable to prosecution for what you say in song (HERE).

Meanwhile, the Masters of the Tech Universe are on the defensive. Who better know the world they’ve created and who better have reason to prepare for the expected apocalypse? (HERE)

And others of us are looking at alternative ways of commerce, of ways to shape the social contract in simpler and fairer terms. Read about a return to the Seventies artisanal economies (HERE). And explore the compelling reasons for Degrowth as a contemporary initiative (HERE).

It’s never too late to change our ways, until it is.