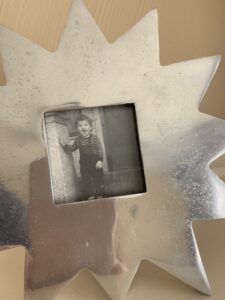 The thing about that little boy is that even back then he was dreaming of an interesting life. Not of a career, a profession, some endeavor that would occupy his life. Not that. Something free to grow and change. Adventure.

He was an experiential student, learning by doing, getting his hands dirty, his nose bloodied, his brainpan pried open and all sorts of stuff poured in. I know because he is me, and I did spend all my life to date engaged in a lot of different types of things.

Ran away from home a lot when I was just a kid. Really wanted to get away. Left for good when I was 16. Worked loading trucks and unloading railroad box cars, washing dishes and painting houses, a fair amount of blue collar jobs to put food on the table when I was very young.

By sheer dumb luck, I became the youngest columnist at The Denver Post in 1968, writing about sex, drugs, and rock & roll, free form radio, hippies, student riots, all those wild times. Was published in a number of local and national rags, including Rolling Stone, and did radio shows on KRNW-FM in Boulder and KFML-AM & FM in Denver back in the day.

I owned a Native American art gallery, an antiquarian bookstore, worked in the energy business, was policy director for the State of Colorado under three different lieutenant governors, and executive director of an aerospace and high tech policy organization representing governors of 44 states in Washington, DC. Provided expert testimony to Congress and the Executive Branch on several occasions. Was offered a White House Fellowship under two different administrations, one of each persuasion.

Much of what I learned was in the non-profit sector, where I’ve served on numerous boards and commissions, including the Colorado Space Business Roundtable, the Commercial Space Transportation Advisory Commission, founding board of the Museum of Contemporary Art Denver, and Ashland New Plays Festival in Oregon, among many others. I hold the honorary rank of Colonel and Aide de Camp in the New Mexico Air National Guard and am an honorary graduate of the U.S. Air War College in Montgomery, Alabama.

The old saw is: a résumé a mile wide and about a foot deep. Yes, it’s true, a generalist through and through. It’s not for everybody but it worked for me. Through that entire time I’ve been a writer. jampags.com is where I share what I’ve written and what all those experiences make me think about.

What is so cool and so valuable about websites, podcasts, and blogs is that they become an archive of one’s works. Make the effort to place them in the ethers and they are there for good. For better or worse, you decide. At least they are loose in the world.

If I counted up all the drawers I’ve filled with my writing, I’d have to apologize to the trees for so misusing their wood. If I thought about the energy expended in moving them from one place to another over all these years, my carbon footprint would be an embarrassment. If I mulled over how few people have read any of it and how unlikely that situation is to change if they stay in the drawers, it begs an audience so hungry they track me down, break into my office, pry open the files, and liberate the work. And, of course, there’s no accounting for how much of it’s been lost in the process, not to mention whether or not that is a better fate for it than what survives.

That’s the way it is, and I’m not the only one. The challenge for artists always has been finding a place where you can put it out there. Where do you get to show your work? How does it look in the light of day? What do people think of it? Do they even notice?

jampags.com is maybe a solution to killing fewer trees, wasting less ink, getting face time with you, and attention for the work of some of my friends and me. These may be stories, plays, sketches, skits, videos, drawings, photos, recordings, all kinds of ways that artists use to tell us what they have to say.

jampags.com is six portals to themes that matter to me, places to park ideas of all sorts, everything from sleek new vehicles to beat up jalopies, that you might want to take for a ride.

Perception is reality and this is my view of things. If you see these things differently, so be it. You may want to argue, laugh it off, reject my opinions out of hand. Different strokes and all that. But for those who like the yogini practice flexibility in these matters, it just may entertain you. 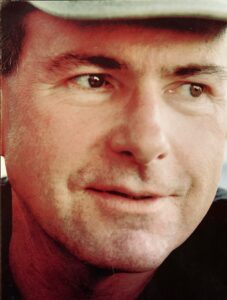