Recently, a friend was passing out those little curlicue florescent light bulbs, the type that every hotel now uses. She said we all needed to start using them because of climate change. They save a lot of energy precisely because they give off so damn little light. All we need to do is learn to read in the dark. 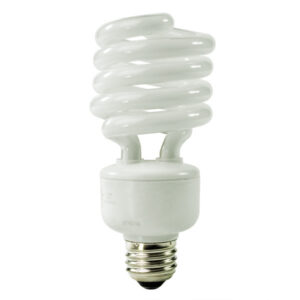 Another friend brought bricks to place in the reservoir of our toilets. We live in a 1920s home with old time toilets that actually use sufficient water to flush away the waste. If we added a few bricks, the toilet would use less water. We can add a baffle to the shower, too, for the same reason.

Being well-trained disciples of the free enterprise system, it may be no surprise that we assign the consumer so much responsibility for solving problems. Especially big problems. It’s so much easier that way. Hey, we’re good people, right? I mean, basically. We want to do our part.

In the midst of a prolonged drought out West, when Lake Mead is little more than a puddle and all the burgeoning cities that rely on it for water and electricity are becoming very concerned, we nod our heads as one when signs appear in the middle of the street urging us the “Use Water Wisely.” It makes perfect sense. It’s a precious resource. Being conservative is the thing to do, right?

Water is a commodity, so is electric light. Like most other goods and services they’re ever more expensive, too, which helps to moderate their use as we consider the cost, at least for those of us who pay for them.

When you drive down a country road on a scorching summer day, and you are barely showered and briefly shaved, conscientious soul that you are, and you see the rainbow plumes of light radiating from those arching sprays of water being pumped onto hay fields, much of which evaporates before it ever reaches the ground, you may wonder how many toilets that enterprise might fill.

Agriculture and industry use some 94%  of all the water that is consumed. It is hoped that they use it wisely. But making that happen is complicated. Most of those farmers and ranchers already own the water. They don’t pay for it. They have water rights, priority access to a certain amount they must use or lose. It is their property for as long as they use it. They have no incentive to expend any less than they’re entitled to and in fact have every good reason to piss it away.

We encourage the six percent of consumers to do everything possible to minimize use, and encourage the ninety-four percent to spray it willy-nilly until they’ve used up every drop they own. Rather than change the system, we shift attention for conservation to the customer, who needs water like all living things but has no rights in the matter except to buy what’s available, pay what it costs, and conserve it to the greatest degree possible. Or else. That is called consumerizing blame.

It makes no sense, you say. But actually it does. It serves the interest of those who profit from it and provides a place to divert your attention, concerned citizen that you are, from the system that is the heart of the problem. Think how lucky we are that air isn’t yet considered a commodity. We’d all be better at holding our breath.

Changing a system is perfectly possible, but it doesn’t often happen even when the need is obvious. It’s a matter of whose ox gets gored. The few people the system serves don’t have any good reason to change it. Unless the mass of people quit blaming each other and begin to speak truth to power, those powers that be will happily allow us to  nibble endlessly at the thinnest edges of change.

Climate issues generally are an excellent example of the way we consumerize blame. Guilt tripping the populace has been a strategy that may yield benefits, much as does the specific example of encouraging water-wise behavior, but it ignores or deflects attention from the systemic issues that drive climate change.

“…the environmental movement has absolutely over-indexed on personal choices. Historically, there’s been too little focus on systemic change, too little focus on accountability for causes, and causers, of the climate crisis. And I think that’s been a real strategic miss, both because it distracts from bigger leverage points for change and because it creates a sense of guilt and shame that keeps people out of the movement.

“The interesting question is: why this trend? One of those reasons is BP. The company ran a big campaign in the early 2000s hyping “carbon footprints.” Naturally, the fossil fuel industry wants you focused on perfecting your light bulbs and veggie burgers, not protesting in the streets or running for office as a climate champion.

“I think there’s also some deep-seated American individualism, whiteness, and even evangelicalism reflected in this emphasis on individual behavior. My doctoral research looked at what was then a burgeoning climate movement within American evangelical Christianity. Doing focus groups in churches, I encountered a recurring trope that isolated environmental responsibility to personal decisions and resisted more systemic understandings of climate change. It’s not dissimilar to persistent framings of racism in the U.S., right? That it’s something expressed in, and limited to, interpersonal interactions, which of course couldn’t be further from the truth.” HERE

Being woke has value, of course. Recognizing one’s personal responsibility for social problems is important. It should not, however, be the means by which our attention is distracted from the systems and the systemic orientations that are at the heart of the problem.

As a most egregious example, slavery in the United States did not come about because white people disliked black people. It was driven by a system of economic reward that precluded morality, decency, or shame. In its aftermath, all these years since Emancipation, racism still permeates society, and our pained response too often is to point at each other with righteous indignation and anger.

“Why can’t we understand, as (James) Baldwin did and demonstrated throughout his life, that racism is not a sickness, nor a virus, but rather the ugly child of an economic system that produces inequalities and injustice? The history of racism is parallel to the history of capitalism. The law of the market, the battle for profit, the imbalance of power between those who have all and those who have nothing are part of the foundation of this macabre play. He spoke about this not-so-hidden infrastructure again and again: “What one does realize is that when you try to stand up and look the world in the face like you had a right to be here, you have attacked the entire power structure of the Western world.” And more pointedly: “I attest to this: The world is not white; it never was white, cannot be white. White is a metaphor for power, and that is simply a way of describing Chase Manhattan Bank.” HERE

We individuals are like spokes in a wheel. The front wheel steers, the back wheel drives. and we may not like the direction or the speed, so we look at that other wheel to change our circumstance. What we need to do is look at the person who’s riding the bike. Incremental change may be better than doing nothing at all, but until we change the systems that are moving the mass of society one direction or another, fundamental change is not at hand.