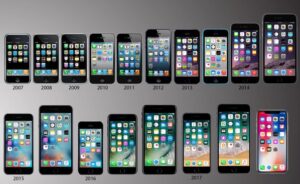 Is it true that the next iPhone will be a corneal implant? A device that can do everything your current one does and do it hands free. It can text your messages and comments, scan the Internet, even replicate your voice and make a call – does anyone actually call anymore except spammers? – all by merely thinking about what it is you want to do. That’s the Pro model, of course. The cheaper version will crudely approximate those features by methods as yet unknown but likely to require plugins.

It’s a big step toward the version that will roll out at the quarter-century mark or thereabouts, which will feature full immersion in the metaverse, where it will do the thinking for you. All you have to do is be entertained. It is something to look forward to without looking too closely.

When I saw a large group of very attractive and smartly dressed young people on the Plaza the other day, one of yet another that was warm, sunny, fragrant with flowers still in bloom and trees still in leaf, and noted that each and everyone of these folks moving en masse along the walkway was staring into their device held at readable distance in crooked arms by both hands before their heads bent seemingly in genuflection. How much better their posture and useful their hands, I thought, if we could incorporate the device directly into their being. I was consoled to realize no doubt the Big Four already are on it.

GAAF is presumably now MAAA, although I haven’t heard that label used since Google became Alphabet and Facebook became Meta. Come to think of it, the new moniker could as easily be AAAM, which has a vaguely cosmic ring of sorts about it, the Silicon sound of transcendence. Either or neither, by whatever names, we can be certain these titans of the current consciousness are rapidly advancing the technology to take us where we should go.

We need only be willing. Able is no longer required. The software handles that. We are the docking station where these nifty things get real, the audience for whom all this fabulosity plays out, consumers of a new sort where who is swallowing and who is being swallowed can be difficult to determine.

My rumination settled in a pool of possibilities where swan-like questions glided past, necks unbowed and rather raised high simply by being unburdened of any but waterfowl awareness, and their particular devices of beaks, feathers, and webbed feet. What I wondered will this handsome bevy of youth on the Plaza do with their hands once their devices are surgically implanted in their eyes? How strange will those pads and digits at the end of their arms appear absent the screens they formerly held? What they might well wonder exactly are they for? Like, um, what is their purpose?

Do you suppose, like the monkey first to peel a banana or the discovery marsupial cracking open a coconut, they might reach out to touch a colleague, make contact by physical rather than technical means? Would it be a dazzling revelation, this sensory experience, begin a trend of tactility, skin to skin, one to another, or would it be a momentary distraction from the TikTok streaming in the lenses of their luminous eyes?