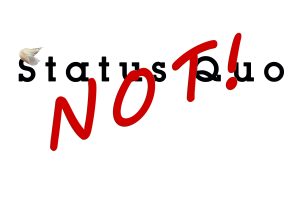 How do you feel about the status quo? Business as usual. The same old same old? Our new president is taking a lot of credit for shaking up the status quo in Washington, D.C., but one would prefer creative destruction as opposed to the mayhem he’s inflicting on the system.

The difference is intention. What do we want to replace the status quo, and why? God knows there’s plenty of good reasons and lots of room for improvement. But purpose is required unless anarchy is all you’re looking for. Here are some of the components of the status quo we’d like to see undone: 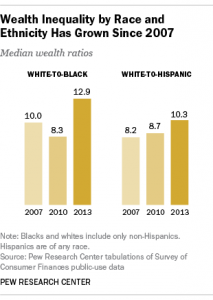 How do you feel about an economic system that concentrates more wealth in the hands of the richest 62 people on earth than in the poorest 3.5 billion? I mean, really? What about the fact that working women in the United States still today make only 79 cents on the dollar their male colleagues earn? Or that minorities have annual incomes that are significantly lower than Anglos in America and always have. Moreover, it’s getting worse. 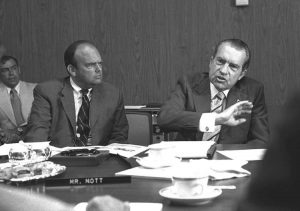 What do you think about a political system that criminalized the way of life that minorities, hippies and other “undesirables” practiced? It was so successful that it incarcerated more people than any other country on earth, and not incidentally stripped them of their voting rights, which strengthened the hand of the party in power. Story here

Nobody said life is fair, but our systems can be just, can’t they? While the rewards of the free market system may have lifted the status of us all, and while meritocracy has well publicized value in the greater scheme of things, is it possible the plasticity of this great commercial enterprise has been stretched to the snapping point? 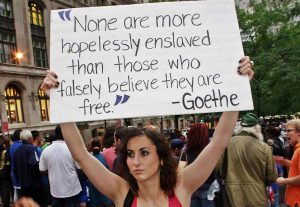 When the growth in wealth that derives from capitalism increasingly is concentrated in the richest 1% of the population, and when the same measures indicate the majority of us are financially less well off than we were 30 years ago, should we begin to question the system?

Is it possible that black lives and brown lives and red and yellow and gay and trans lives really do matter as much as the lives of WASPs in America? If so, why are we still fighting to make it not just the law of the land but the nature of reality, as well? 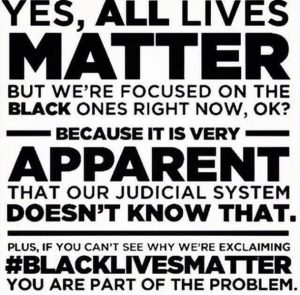 This is a strong statement. One that may rub us the wrong way. But there is ample evidence to support the proposition that black people in America continue to be mistreated and abused. They have good reason to believe the power structure in this country, that is to say the white people who do and always have run the country, value their lives not much, if at all. If we were black, chances are we’d feel the same way.

Change is difficult. People instinctively cling to the familiar. Privilege is especially hard to relinquish, but oppression only ensures that sooner or later the priviledged will be held accountable and the mood will be angry.

Change, too, is inevitable. We can suffer it, or we can shape it. The difference is how active we are willing to be in welcoming change and making the effort to direct it in positive ways.